So much has changed since the Wellington City Council voted in June 2021 to strip demolition protection from more than two-thirds of the city's character areas.

LIVE WELLington argues it's time for a re-think, and to strike a better balance.  We provided this letter to Wellington councillors, in the lead up to the notification of the proposed District Plan on 23 June 2022.

Dear councillors, this week you will be voting to release the statutory version of the District Plan.  It’s the last chance you’ll have to make changes to the plan before it is notified.

The district plan will radically re-shape Wellington in response to a growing population, transport and climate change challenges.  At LIVE WELLington, we believe it’s possible to build a great, functioning, liveable inclusive city, without losing the best of what we value right now.

But as it stands, the draft District Plan would see the city lose nearly three-quarters of existing inner-city suburban character and heritage housing.

We are of the view that a more balanced approach to character is preferable.  We believe it makes sense to at least revert to character areas recommended by council officers in the draft Spatial Plan, that were based on feedback and consultation with Wellingtonians.

You may be asking why this point should be re-litigated now.  In fact, there are many good reasons to reconsider.  We’ve outlined 10 of them below.

1. Finally the HBA has been released

This report, which is a key piece of evidence in forming the District Plan, says that overall the inner city suburbs have the capacity under current settings.  This means that the idea that we must reduce character areas to create room for new housing is incorrect. Read more about our thoughts on this.

2. The proposed District Plan has created more capacity than is needed

The proposed District Plan would increase the ‘realisable’ capacity of the city by 438% (73,400 more dwellings), but the population projections tell us we actually only need an additional 25,000 – 32,000 extra houses.  This offers the opportunity to reinstate some of the character areas that Wellingtonians value.

The way we live has changed. Following the pandemic, people are choosing to live further from the city, work from home more, and commute less.  In surveys like this one from Westpac, people say they want bigger houses, and are looking at moving to the regions.

Demand for inner city housing is likely to diminish, and commercial buildings will be freed up to become residential as companies move to a work from home model.

What’s more, with the Government’s 3x3 MDRS now introduced, those interested in new builds are likely to choose sites in cheaper outer suburbs than the expensive inner city.  This means less demand for inner city sites and therefore less need to go to extremes to expose character zones to development.

4. The housing market has changed – without any changes to heritage rules

Decisions on the spatial plan were made a year ago when the housing market was near its peak and there was huge pressure on to take action – any action – to address it.  With cooler heads now we can see that one of the main drivers of the housing bubble was cheap interest rates.  Jenny Ruth, writing in Business Desk, puts it plainly:

“If you want to understand why our housing market went so crazy, look no further than the fact that New Zealand’s banks collectively lent $25.27 billion of new money on housing in the year ended March.”

Now, changes in lending rules, inflation and interest rates have dramatically altered the state of the property market.  House prices are no longer rising, and it is a buyer’s market.  The number of houses offered for rent is also very high, putting pressure on rents to come down.

Why, then, are we attacking character and planning rules with such gusto when they are not the main villains?

Altering the height limits of a few streets will have very little impact on housing affordability but risks losing a lot in terms of irreplaceable heritage.

5. People in need of ‘affordable homes’ are likely to be worse off

Far from being the barrier to housing those on low incomes, our old inner city homes have often been the reason those on low incomes could afford to live centrally.  Where old houses are being knocked down for new townhouses, we are seeing students, young people and immigrants being displaced in favour of those able to afford million dollar plus townhouses.  Read this case study of a Mt Victoria townhouse.

6. The right environmental choice is not to destroy existing homes

Old heritage homes are made from native timbers that have stood withstood earthquakes and the test of time.  It makes no sense to consign 130-year old villas built of matai, rimu and totara to the tip when there are other options available.  Brownfields sites and car parks located in excellent inner city sites should be the first port of call for apartments and new housing as there is no loss of housing.  The crucial time period for climate response is now – building density in ten years’ time is very little help, but retaining our existing homes and avoiding sending heritage timber to rot in landfills can help now. 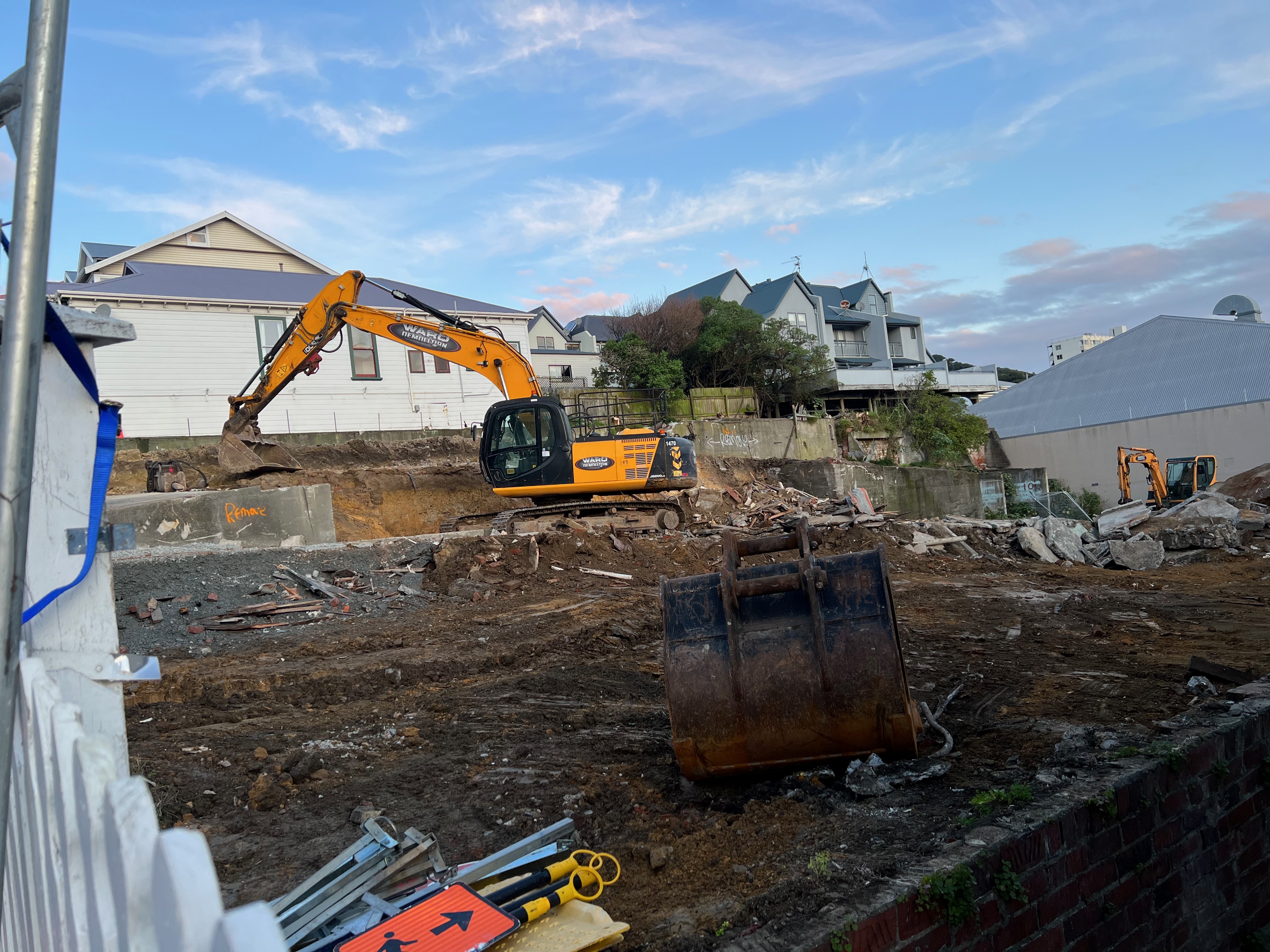 7. It’s in line with what people want

Remember that Wellingtonians asked you to moderate the amount of character areas affected.  Following spatial plan consultation, officers recommended we reduce areas protected by the pre-1930s rule to 58.6% instead of a whopping 71.2%.  LIVE WELLington’s survey found strong support for character areas among both home owners and renters, with three-quarters preferring to see less loss of character protection than is in the  proposed District Plan.

The 59% reduction in heritage areas is still a huge change – from 307 ha protected to just 127 ha.  It means 180 ha now open to intensive development, mostly up to 6 storeys.  The difference between 59% and 71% means very little in terms of realisable development but it means a huge deal in terms of heritage and character protection.

9. It’s the only tool we have to stop inappropriate heights

Before the NPS-UD came along with its 6 storey requirements, we had the ability to set different heights.  So even if an area was not a character area it could still be a 3-4 storey height area.  But now the only tool we have is qualifying matters.  Character and heritage are some of the few tools we have to stop 6 storey heights in inappropriate areas.

10. The soul of Wellington is at stake

People are inspired by the buildings around them and their environment. Character and heritage are at the heart of what makes Wellington the city it is. Artists, activists and students have always gravitated towards areas of the city with great character, centred around old buildings.

Cuba Street, Aro Valley, Mt Victoria, Newtown would lack the soul they have if it weren’t for the old buildings that lend them character.  Our current proposals put the soul of our city at risk.

Thanks for paying attention.  We hope it will influence your vote on 23 June.