The Diary of a Debacle: The Slum Enabling Act and Other Matters

Read the article on Architecture Now.

What is the price of sunlight? Householders face losing billions under intensification rules

(18/11/2021) Legislation allowing at least three houses to be built on one section is likely to "significantly increase" in demolition waste to landfill.

Listen to the Nine to Noon interview.

New Zealand rushes in on upzoning where Australia fears to tread

Some of the unintended consequences of upzoning without design controls, including yet more windfall gains for homeowners.

Read the article in the Fifth Estate.

Read the article on Scoop.

Christchurch civic leaders are fighting back against the Government's 'blunt, one-size-fits-all' approach to housing.  Read the article on Stuff. 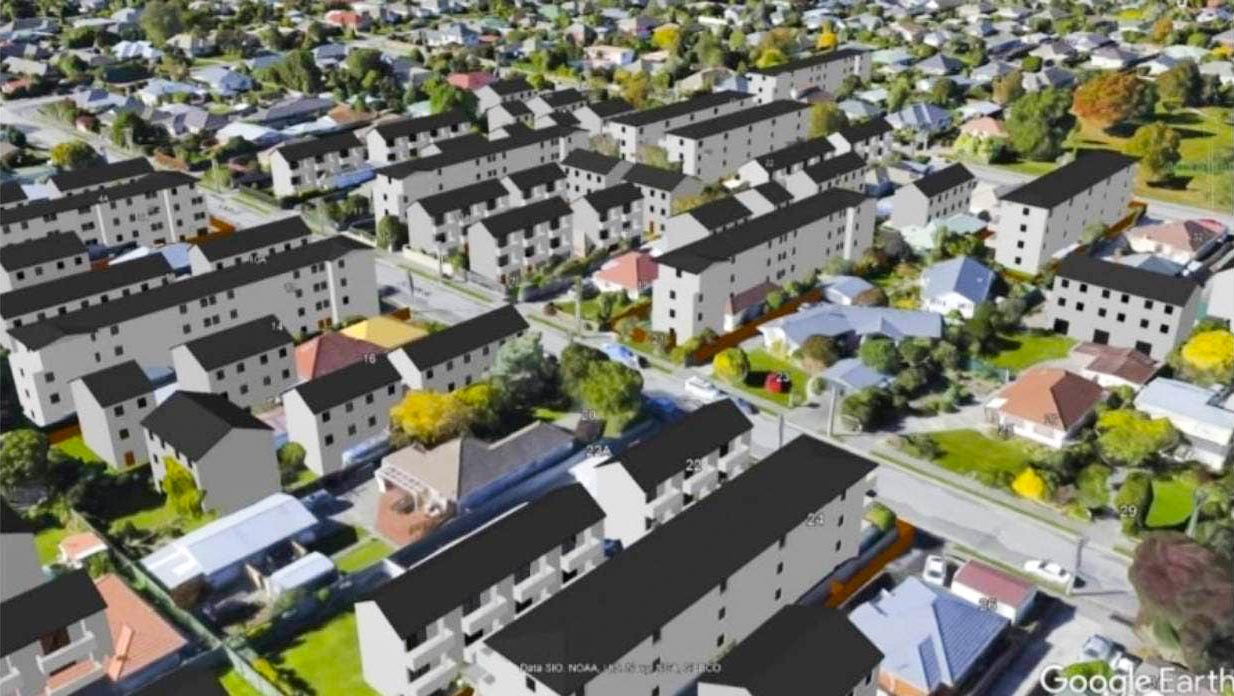 Will the housing reforms work?

Sam Stubbs, the chief executive of KiwiSaver fund Simplicity, looks at whether the removal of resource consent from residential home builds will produce the numbers the government wants.   Read the article on Stuff.

Rebecca MacFie meticulously traces the real reasons for the housing crisis in this North & South article.

Old or Green: Is the Greenest House an old one?

Planning for the market to decide

In a public talk hosted by LIVE WELLington, Brent Efford of the Light Rail Transit Association and Demetrius Christoforou of Trams Action made a strong case for changes to the current light rail proposals for Wellington.

LIVE WELLington has extracted the 'housing and planning' promises put forward by councillors during the 2022 and collated them into a table.

LIVE WELLington surveyed candidates standing for Wellington City Council to see how their views on housing and character stacked up against the survey we ran earlier in the year with the general public.

Read more about it here.

LIVE WELLington's main submission on the proposed District Plan is to call for the expansion of the character suburbs, on the basis that the council's reports show sufficient housing capacity exists in the inner city suburbs already to accommodate projected housing need to 2050, meaning there is the leeway to retain more of the pre-1930s character protection and the character housing that is part of Wellington's identity.

Access the LIVE WELLington submission on the proposed District Plan.  This is accompanied by several appendices:

A presentation to LIVE WELLington by Adam McCutcheon from Wellington City Council.

Survey on the opinions of renters and home owners  of housing in Wellington, June 2022

A survey carried out by Research New Zealand for LIVE WELLington, on the views of a representative group of Welingtonians, around housing, character areas and council performance.

Infometrics report on changing population.  Read the analysis on the Infometrics website.

Download this Form, add your details and email to the Council if you only have 5 minutes.  It's an MS Word document so you can add more if you want.