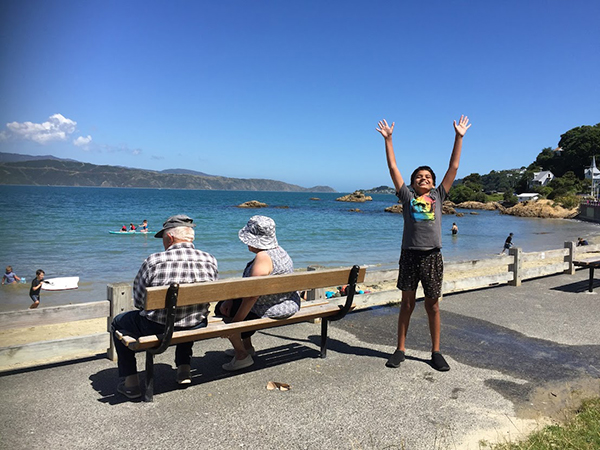 Wellington needs robust people-centric design and thoughtful planning to remain a liveable and attractive city, says LIVE WELLington, a new group set up to champion Wellington as a liveable city for all.

Housing, climate change, earthquake resilience and ageing infrastructures are among the many challenges we face, says spokesperson Jane O'Loughlin.  “This needs joined-up thinking to prepare for the future while protecting what we love about Wellington.”

LIVE WELLINGTON is a new group campaigning for proper planning and partnerships to achieve quality housing densification in our city. Everyone deserves a warm, dry affordable home. We love Wellington's liveability, access to green spaces, strong communities, character and diversity and are concerned about how proposed planning and design changes could adversely affect all these aspects of the city."

“A sensible plan for housing would prioritise well-designed ‘density done well’ on under-developed sites along major transport routes and where critical infrastructure such as pipes is planned to take place. This is a climate-friendly, people-friendly approach that lends itself to affordable housing partnerships and great urban design.

“New housing could rapidly take the place of the multitude of car parks, car yards and under-utilised brownfields sites all through the city - for example in the central city, Te Aro and Newtown.

“With the right incentives in place, plus clear direction around heights and infrastructure, developers can feel confident to proceed with their investment, knowing the views and sunlight for their planned new apartment blocks will not be built out.

“Unfortunately, the Wellington City Council's current district plan proposal takes a laissez-faire approach, removing the rules in the hope that developers will do the right thing and good design will happen by magic.

"This creates no certainty for the city centre, and will see multi-storey apartment blocks popping up randomly in one-two storey neighborhoods all across inner city Wellington.  Neighbours will have little or no notice and no say about what happens where.

"Prioritising under-developed sites is a ‘no regrets’ approach that focuses on building new housing rather than opening up the more sensitive areas of Wellington to demolition."